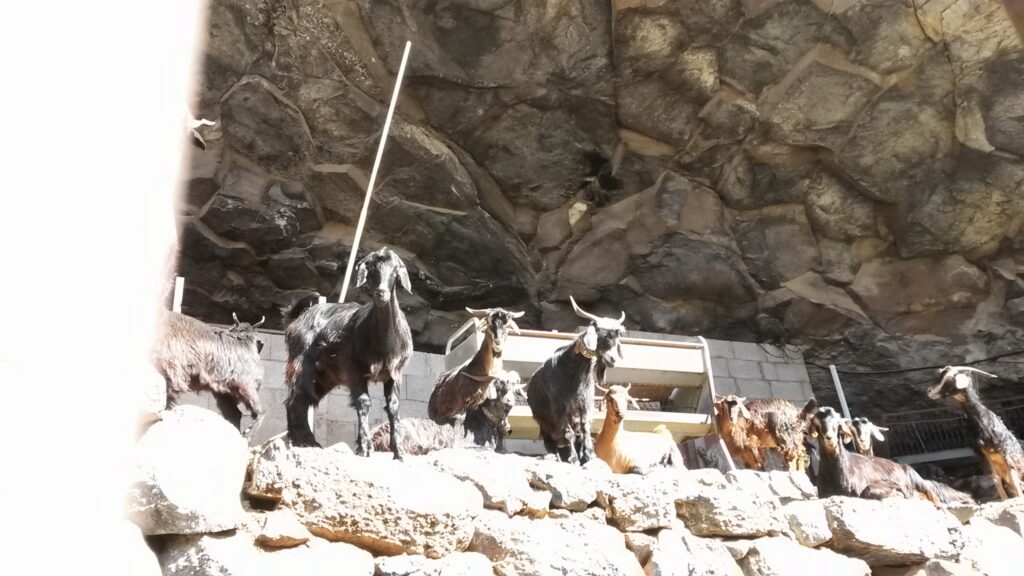 Belmaco Cave (Mazo, La Palma) is an archaeological complex from the times of the Benahoritas (aboriginal population of La Palma island). It comprises stone engravings and stratified sedimentary deposits preserving evidence of domestic activity and goat stabling dating to between  — and — years ago. The site has been excavated three different times: first by archaeologist Luis Diego Cuscoy in the 1950s, then by Alicante University Archaeology Professor Mauro Hernández in the 1990s and last by ULL Archaeology Professor Juan Francisco Navarro y a rescue archaeology company (Prored) in —. This last excavation was to document a fallen piece of the deposit that was eroded after a storm event. A series of micromorphology blocks were collected at this time. 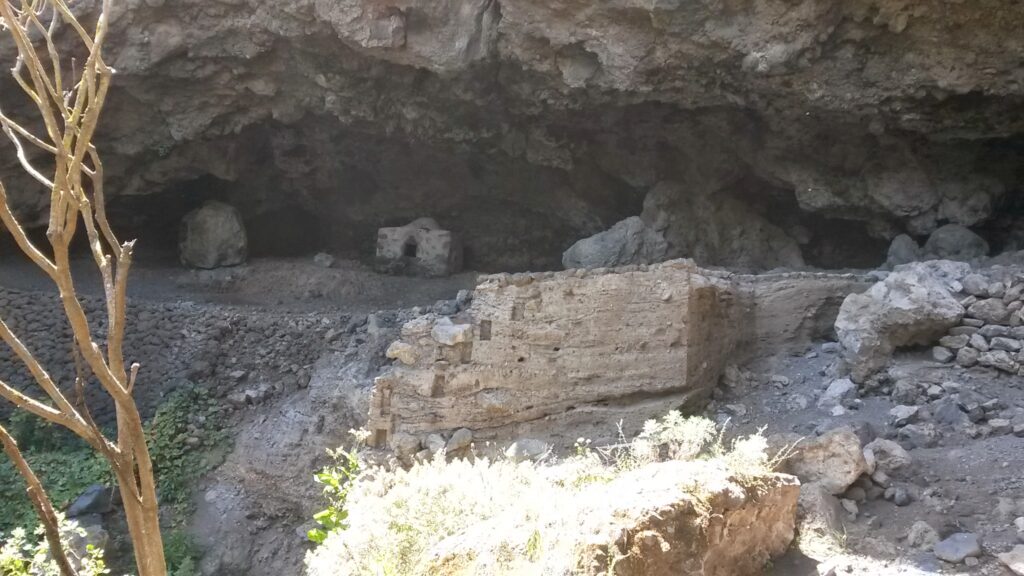 Our study of the micromorphology samples, coupled with associated loose samples we collected later for lipid biomarker analysis, has allowed us to characterize the aboriginal goat stabling sequence. The sequence records a succession of stabling events made up of mixed dung and fodder. Our biomarker data suggest that the goats had a diet based on grassy vegetation, not the shurbs and woody plants from the site surroundings. Further research will elucidate if by this time, after several centuries of inhabiting the island and clearing fields for small-scale agriculture, the aboriginal population had already degraded the landscape and grasses prevailed. Our micromorphology data also indicate that the stabling deposits were periodically burned. This type of deposit is known as a fumier, and has been widely documented using micromorphology, especially in sites dating to the Bronze age and Neolithic. Belmaco is the first case of a  fumier in a recent Canarian aboriginal site. It also represents the first documented case of a fumier in a volcanic setting. Our analyses show that dung dissolution in contact with volcanic minerals may lead to the formation of specific authigenic minerals. This information will be useful for the study of similar deposits in other volcanic settings.